The Appeal for 1921 Cortelyou Baptist Church of the Redeemer be Calendared Rejected by New LPC Chair
2018 study of Flatbush promised in this letter. As of February 2021, no update on that has been received here.
Action by new Interim Chair of the NYC Landmarks Commission bodes ill for direction of agency.  It is believed to be the first demolition allowed by the new LPC Chair of a State and National Register eligible building. 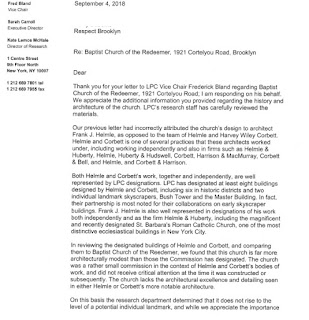 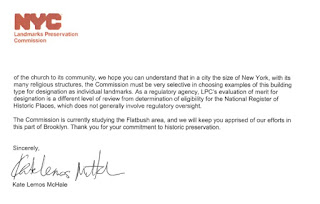 Mirror of former Chair Meenakshi Srinivasan Seems to be in place

The reasons for the appeal were twofold:

An error was admitted in LPC response to Appeal but the leadership seems to have changed only on the surface level. Promise of preservation falls to development and real estate interests.

Respect Brooklyn wanted Baptist Church of the Redeemer to at least be calendared by the LPC  agency so that the Commissioners and the public would at least have an opportunity to testify in favor of landmarking this almost century-year-old church in the Flatbush neighborhood of Brooklyn with precious few individual landmarks. Sadly the new Chair is carrying out the old Chair's agenda. 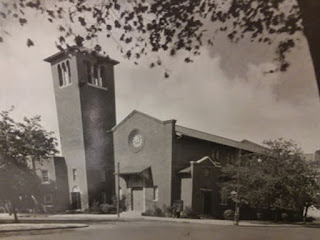