December 7 Press Release Here.
Action- Send an email
Brad Lander Accepted $ from the Lobbyists
Did not Heed Community Board Disapproval Recommendations
Told the Public there would be no testimony Allowed at a ULURP hearing. This is UNPRECEDENTED!
all for 312 Coney Island Avenue Luxury Rezoning
____
Video from Huge Rally HERE.
December Press Release Here. 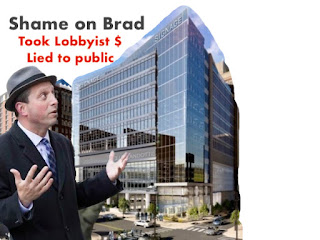 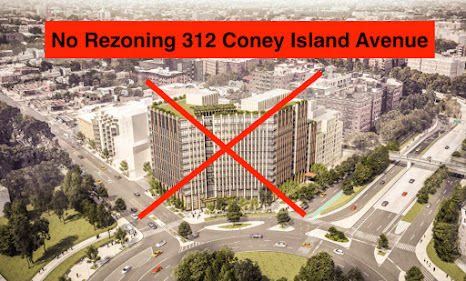 The developer behind this way out of context proposal has employed more than one NYC Lobbying firm and has paid over $300,000 in lobbying fees!
One lobbyist - Yoswein New York, Inc.- was part of the recently defeated Industry City Rezoning Proposal and worked on behalf of Amazon. The other lobbying firm here is Fried, Frank, Harris, Shriver and Jacobson, LLP- another firm hired on behalf of Amazon. According to reports:"Amazon is also paying the firm Fried, Frank, Harris, Shriver and Jacobson, LLP an estimated $120,000 for a year’s worth of lobbying. Their hourly rates? $1,180-$1,550 an hour for work from its partners, $1,075-$1,140 an hour for special counsel, $575-$1,000 an hour for associates, and $295-$420 an hour for paralegals. "
Should we trust them for what is best for our community?
Sign the Petition here and stay updated.
Demolitions and development are changing the character of our neighborhood without really addressing affordability or the need to more services and infrastructure. 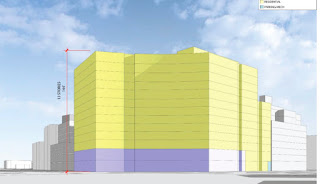 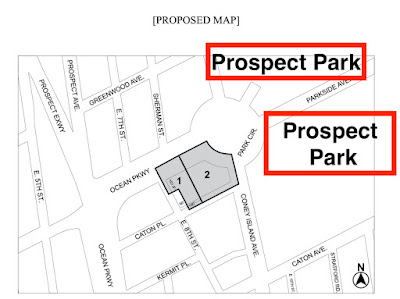 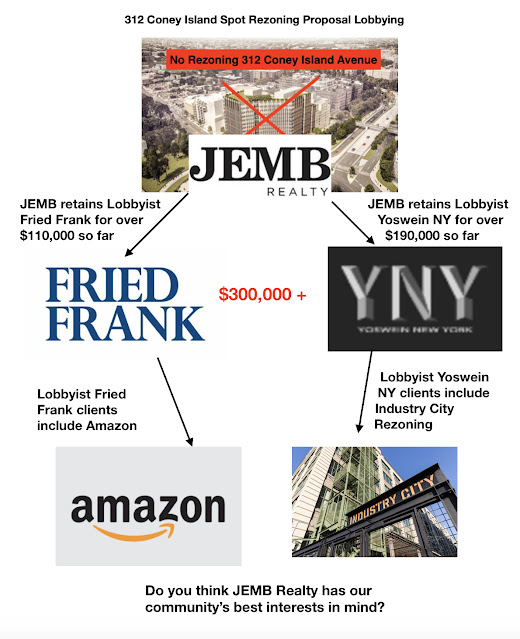 In the end, it is really up to the local Council Member Brad Lander who had the power in ULURP. He Brad Lander listened not to the community but to the developer and their high paid lobbyists it is a sad fact to report. 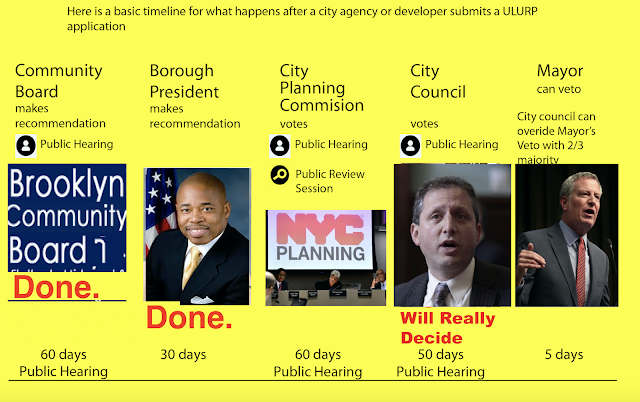